Anyone who knows me even a little bit will tell you that I am not really “into” babies. Well, that’s probably slightly harsh. Let’s just say that if I was presented with a choice of a baby versus a basket of kittens … I’d be heading for the fluffy whiskered bundle before you had time to take breath! There is just one thing about the whole baby thing I think it’s tough to miss out on – cute baby clothes.

Baby clothes are a sewer’s dream … they hardly use any fabric so you can splurge on something really expensive and it still costs relatively little – you can make almost anything for a baby from half a metre of cloth. Then there are the million and one gorgeous novelty fabrics for wee people. Don’t think I haven’t toyed with the idea of making myself a dress out of them, because I have … luckily a hard slap with the reality fish stopped me from running up a summer sundress in pastel pink with tiny dollies and teddies on it (deep inside a little part of me still believes it would look cool). Anyhow, I digress.

One of the best things about being an aunty/godmother/nanny (yes, I am someone’s grandmother – I know, surely that must be illegal) is being able to make clothes for wee people. I have gone to town over the years, from the cow dress (a baby needlecord dress in clotted cream and chocolate brown cow hide print) to fancy dresses, sunhats, waistcoats and jamas. The one thing I had never thought of making were shoes. That was until I caught a glimpse of the Cameron baby sneakers on Pinterest. It was sewing love at first sight.

The pattern (another lovely idea courtesy of the talented iThinkSew) looks so simple, with only two main parts to each shoe, I thought they would run up really easily. I was wrong.

The problem, I should point out, is not the pattern. Oh no, the pattern is drafted brilliantly with great diagrams and helpful hints … it was very easy to follow. The problem was my massive banana fingers. Seriously, just think on how small the pieces are for a shoes to fit a three month old baby … they are very small indeed. Then you have to line and turn the tiny torturous fabric footwear. My first attempt ended up in the bin. My hands, appendages I had previously considered to be very dextrous and able became a massive stumbling block. It was like trying to sew aided by robotic chipolatas. However, I persevered. And, it was definitely worth it.

So here they are in all their finished glory … shoes for the new kid on the block … Baby Nancy. Accompanied by some little lavender bags to nestle amongst her PJs and sleepsuits. 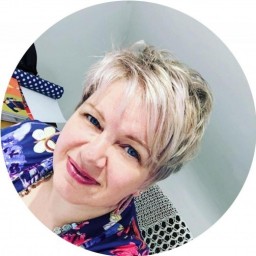 Gone all retrotastic with tonight’s random dishes you can make from your store cupboards - pineapple@upside down cake but with frozen cherries rather than glacé. #foodporn #retro #coronageddon
Another beautiful start to the day. #naturewalk #chinnor #coronageddon
Out for some air and a walk. #chinnorwindmill #socialdistancing #coronageddon
Another lovely day - walking round the city, eating lovely food and watching rugby! #bath #somersetcounty
One of my favourite shops. Delicious lunch and then ... cheese.
Best card ever. #brilliantfriends #inthepost
Sketching at the Pitt Rivers. #sketchbook #pencilsketch #washbackground #museum
An afternoon of adventures. #oxford #naturalhistorymuseum #dinosaurs
Beautiful Bath 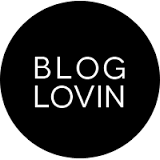